What is Office Ally?

EHR 24/7™ is our comprehensive secure Electronic Health Records program that is easy to use, customizable and allows providers to spend more time with their patients and less time on paperwork. EHR 24/7 integrates seamlessly with our practice management program. Features include scanning of records, E- Prescribing*, and ordering/receiving lab results online all for only $29.95 per month!! Since it is a web-based program you can access your patients' records anytime, from anywhere!

I was sent to interview here, it seemed to be a good interview but they were very underhanded and lied to the agency that sent me for the interview. They asked me during the interview what I didn't like about the last place I worked. I told them I worked the overnight shift and there was one mature supervisor I really liked, and a couple of supervisors fresh out of high school. When the mature supervisor was not on duty there was an environment where sexual harassment was allowed to run rampant. Also, I wasn't thrilled when I was told I would be making 14.00 an hour only to be told once I got through training that I would only be making per call and stats hit. I did reiterate several times that I had a great supervisor and my coworkers were absolutely fantastic aside from one or two that I could completely ignore since I was there to work and not debate or argue politics. They told the temp agency that sent me that I came in bashing my last job. I did not. They asked me a question, I answered honestly because I am an honest person, then they lied to the agency that sent me to the interview. I don't know if the agency will send me out on any more interviews due to Drew Matthews telling them this lie, I have an appointment with legal counsel on Monday to find out if I can file a lawsuit for loss of future income if my prospects are wiped out due to his dishonesty. I'm honest, they weren't. I really wanted the job going in, but they lied to the temp agency, what else would they lie about?

I have been working for Office ally for 3 months. They are amazing the managers supervisors and employees. I am looking forward to working here for many years. I highly recommed this job to anybody looking for a rewarding and relaxing work enviroment.

Momma and the three bears Xoxoxoxo

Read All Read All 6 Reviews Reviews 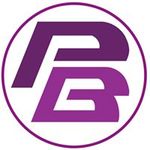